Items in both categories Pregnancy and Meta-analysis are listed here:

Items in both categories Pregnancy and Hypertension (preeclampsia) 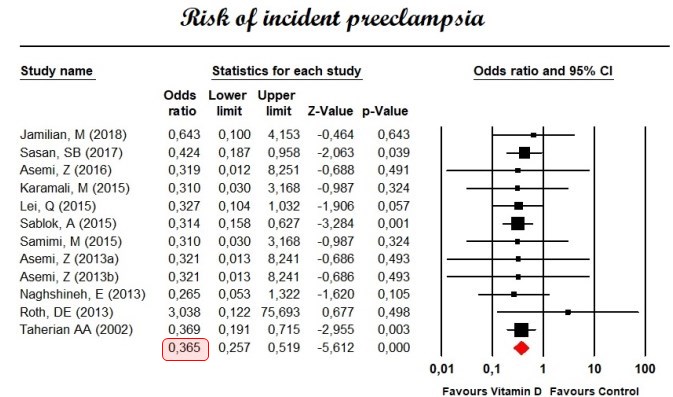 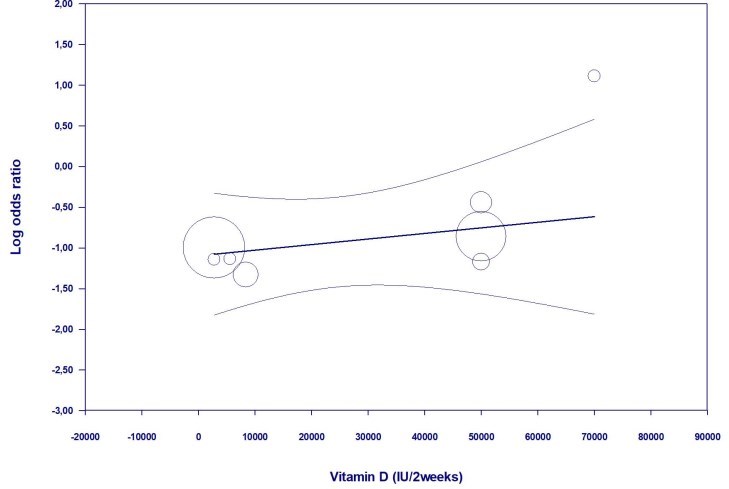 Methods
The primary outcome was preeclampsia. Subgroup analyses were carried out considering the timing of the supplementation, type of intervention and the study design. Meta-regression analysis, including the amount of vitamin D and maternal age, were planned to explore heterogeneity. (PROSPERO database registration number: CRD42019119207)

Preeclampsia 2.7 X less likely if 50,000 IU of Vitamin D every 2 weeks – meta-analysis Sept 2019         Printer Friendly PDF this page! Follow this page for updates
This page is in the following categories (# of items in each category)
Pregnancy 826 Meta-analysis of Vitamin D 565