Vitamin D Binding Protein (GC) gene can decrease the bio-available Vitamin D that can get to cells,

Africa category listing has 25 items along with related searches 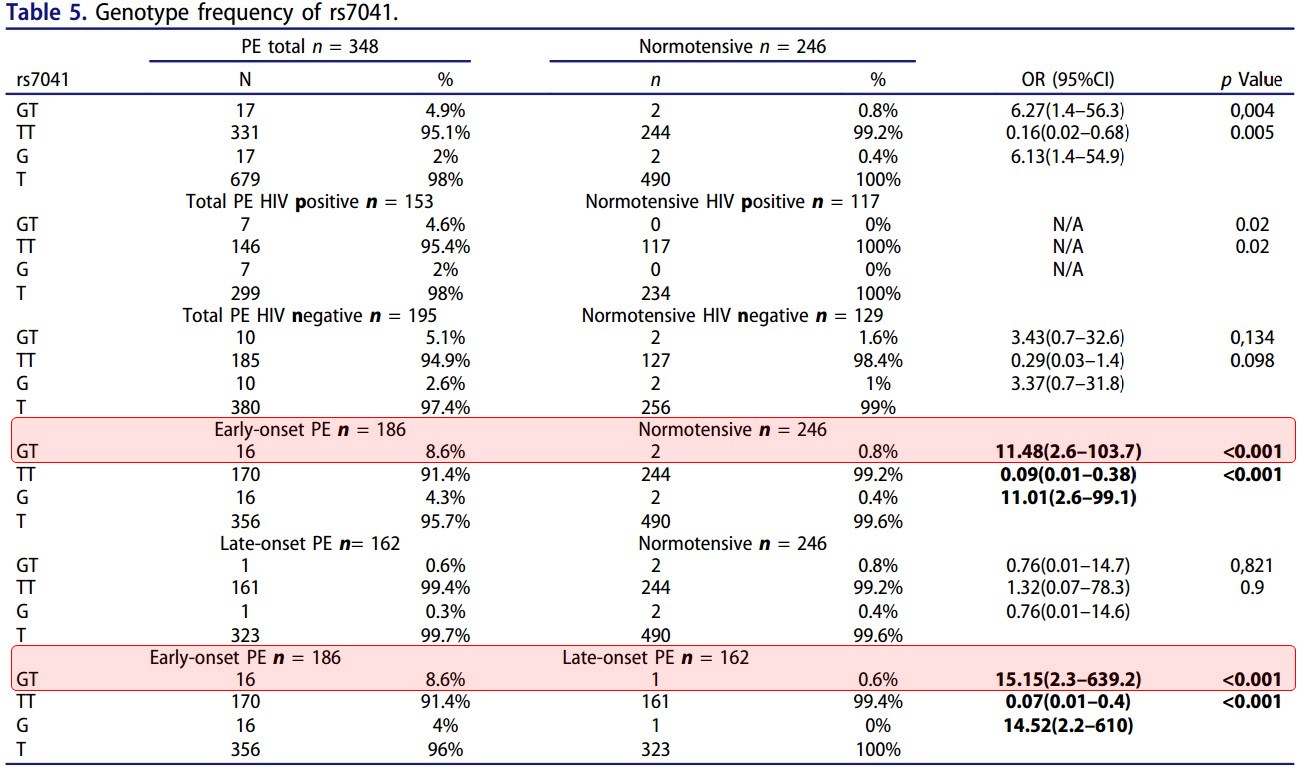 Objectives: The vitamin D binding protein encoded by the GC gene contains two single nucleotide polymorphisms (rs4588 and rs7041) that have been associated with disease outcome, these include periodontitis coronary heart disease and hypertension. In pregnancy, these SNPs influence vitamin D metabolism that could result in hypertensive disorders such as PE. The etiology of PE, still remains elusive. The aim of this study was to evaluate the distribution of rs4588 and rs7041 within the GC gene among PE and normotensive pregnant women, residing in Durban, KwaZulu-Natal, South Africa.

Conclusion: This is the first study to describe the prevalence of SNPs of the rs4588 and rs7041 within the GC gene in women with PE within the high HIV endemic area of KZN, South Africa. Notably, a significant association of the rs7041 (TT genotype) and rs4588 (CC genotype) occurred at a higher frequency in PE compared to the normotensive cohort. Future studies will examine the functional effect of the GC region in relation to pregnancy and vitamin D deficiency.

Printer Friendly PDF this page! Follow this page for updates
This page is in the following categories (# of items in each category)
Pregnancy 743 Hypertension 133 Vit D Binding Protein 136 Africa 25
Edit Files 2