Vitamin D Insufficiency in Overweight and Obese Children and Adolescents

Items in both categories Obesity and Infant-Child are listed here:

Items in both categories Obesity and Youth are listed here: 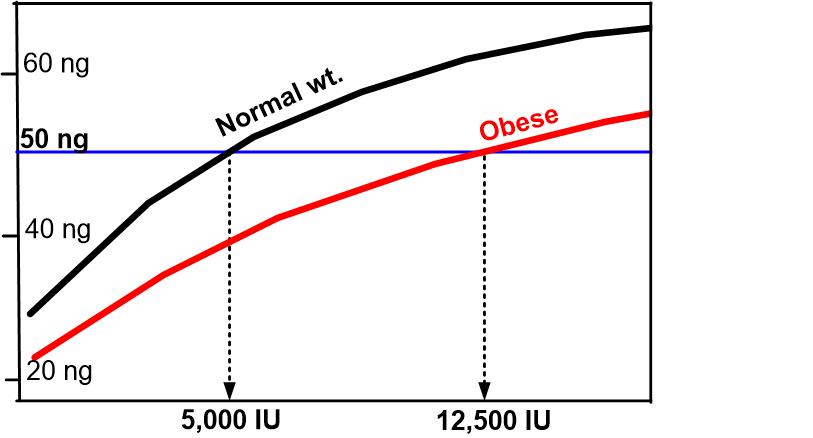 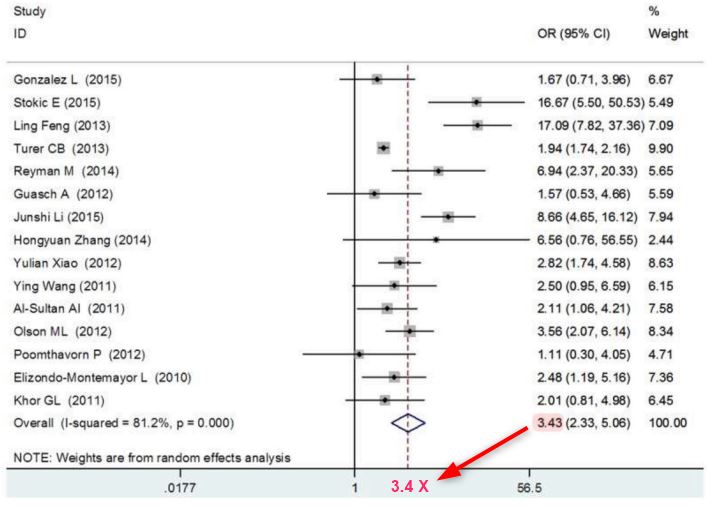 Excessive body weight and obesity in childhood and adolescence are becoming more and more important unfavorable factors that entail extremely adverse consequences and require close attention of physicians of any specialty. Along with the high prevalence of obesity and metabolic syndrome in pediatric patients, children and adolescents in the majority of countries are diagnosed with vitamin D deficiency. Among the non-calcaemic effects of vitamin D, a significant role is played by its impact on the hormonal regulation of glucose metabolism and the synthesis of adipokines by fat tissue. The review presents literature data indicative of a close pathogenic relationship between vitamin D insufficiency and impaired tissue insulin sensitivity. It demonstrates the role of vitamin D insufficiency in immune reactions resulting in development of subclinical inflammation in fat tissue infiltrated with macrophages and lymphocytes. It also shows the role of adipokines, immune system cells and pro-inflammatory cytokines produced by them in the pathogenesis of obesity, as well as the function of vitamin D as an endocrine and paracrine regulator of the process of inflammation in adipose tissue. The relationships between the principal adipokines (leptin, adiponectin, resistin) are revealed in the presence of normal vitamin D content and in vitamin D deficiency. The carbohydrate and lipid metabolism parameters in overweight children and adolescents with vitamin D insufficiency are analyzed. A high prevalence of vitamin D insufficiency in overweight and obese children and adolescents (increasing along with the severity of obesity) is demonstrated. The review also presents the current recommendations for the correction of vitamin D insufficiency and underlines the need for higher cholecalciferol doses to achieve serum calcifediol targets in overweight and obese children and adolescents.

Prevention of obesity is one of the most important problems of today's medical science, since the rate at which the prevalence of obesity is increasing worldwide indicates a pandemic (1, 2). In 2010, complications related to overweight and obesity resulted in the death of at least 4 million people in the world, in the decrease of the quality of life in 4% of the population every year and 4% of the population become disabled (3). According to WHO data for 2014, 39% of the world's population suffered from excessive weight and 13% from obesity, overweight/obesity afflicted 43 million children under 5 years of age, and this amount is estimated to increase up to 60 million children worldwide by the year 2020 (2). The prevalence of vitamin D deficiency and insufficiency in overweight and obese patients ranges from 5.6% in Canada (4) to 96.0% in Germany (5).

In recent years, there has been a sharp rise in interest in studying the role of vitamin D in the human body. This is due to the fact that there have been accumulated and reappear not only the bone (calcemic) effects of vitamin D, but also completely new effects—non-bone (non-calcemic) (6). According to contemporary views, vitamin D deficiency is associated with an increased risk of diabetes mellitus, arterial hypertension, heart failure, peripheral arterial disease, acute myocardial infarction, various forms of cancer, autoimmune and inflammatory diseases, decreased immune defenses and increased mortality (7). Vitamin D plays an essential role in the regulation of glucose homeostasis, insulin secretion mechanisms, and inflammation associated with obesity (8). Pregnant women, people of color (blacks, Hispanics and anyone with increased skin melanin pigmentation), obese children and adults and children and adults who practice abstinence from direct sun exposure are at especially high risk (9). These studies are the result of understanding that vitamin D is not a vitamin in the classical interpretation. It is a steroidal prehormone with autocrine, paracrine and endocrine action, which through enzymatic processes is consistently transformed into the body into biologically active metabolites that affect various organs and tissues through genomic and non-genomic effects.

Prevalence of Overweight and Obesity in Children and Adolescents
The diagnosis and definition of obesity in children is challenging. Obesity is not defined by a standard threshold as it is for adults. Instead, measurements are compared with a reference population. Obesity diagnoses in children are usually determined by calculation of body mass index (BMI). BMI values are then plotted on age-and sex-specific growth charts (10). The Centers for Disease Control overweight is most commonly defined at BMI 85-95 percentile and greater than or equal to 95th percentile for obesity (11). The World Health Organization overweight definition 85–97 percentile and obesity greater than or equal to 97 percentile (12).

Four countries that are leaders in the prevalence of childhood obesity in the world: Greece, USA, Italy and Mexico (13). Most overweight and obese children and adolescents live in economically developed countries, this list is topped by the United States. The prevalence of obesity among American children and adolescents soared dramatically between 1970 and 2000 (from 6.5 to 18.0% in children and from 5.4 to 18.4% in adolescents), and now remains at approximately the same level (4). It is currently estimated that 30% of children in North America are overweight or obese (14).

In economically developed Northern European countries (Denmark, Sweden, Norway), the prevalence of obesity in children remains at approximately the same level among natives and is increasing very significantly among immigrants (15).

A steady rise in obesity prevalence among children is currently seen in countries with medium and low income levels. These countries are following the path trod by economically developed countries 40 years ago, as the prevalence of obesity in their pediatric populations is rapidly growing. The leading country in this list is China where the prevalence rates of obesity among girls and boys increased from 0.45 and 0.16%, respectively, in 1985 to 18.16 and 6.58%, respectively, in 2014 (16). In Eastern European countries (Bulgaria, Croatia, Czech Republic, Hungary, Latvia, Lithuania, etc.), the Russian Federation, and Turkey, the prevalence of obesity (including excessive body weight) is in the range of 14.4–19.2% among boys and 11.8–17.6% among girls (17).

Interrelationship Between Vitamin D and Adipose Tissue
Vitamin D insufficiency and excessive fat accumulation have mutually negative effects as a result of excessive metabolic processes, enzymatic disorders against a background of decreased activity of alpha-hydroxylase, the key enzyme in the biotransformation of calciferol in a fat-infiltrated liver, resulting in accumulation of inactive forms and decreased bioavailability of vitamin D (8, 18).

Insulin secretion and tissue insulin sensitivity are Ca2+-dependent mechanisms, while vitamin D regulates intracellular concentrations of Ca2+ and its passage through the membranes. Additionally, vitamin D positively affects the expression of insulin receptors in peripheral cells and counteracts the systemic immune response by modulating the expression and activity of cytokines (20, 21).

Therefore, the influence of adipose tissue on the metabolism of vitamin D, on the one hand, and its pathogenic role in the obesity development mechanisms, on the other hand, are closely interrelated and represent mutually dependent processes.

Numerous studies have analyzed calcifediol concentrations that may be decreased in obesity. One “superfluous” BMI unit is known to induce a 1.15% reduction in the 25(OH)D concentration (22). In particular, an analysis conducted in 58 obese adolescents demonstrated that a 1% increase in fat weight was associated with a 1.15 ± 0.55 nmol/L reduction in serum calcifediol (23).

There is no consensus as to why calcifediol levels are decreased in obese individuals. The first (and most popular) point of view is that adipose tissue absorbs the fat-soluble vitamin D (24). Some available data reveal that serum 25(OH)D concentrations show a strong inverse correlation with fat volume and a weaker inverse correlation with BMI (22).

Another hypothesis explains the low 25(OH)D concentrations by the fact that obese people lead a sedentary lifestyle and are less active physically, which entails a decrease in exposure to sunlight and in endogenous synthesis of vitamin D (25).

Other interrelated hypotheses appear to be justified too, specifically that vitamin D metabolism and 25(OH)D synthesis are impaired as a result of hepatic steatosis developing in obesity (26), and that high levels of leptin and IL-6 impair 25(OH)D synthesis by affecting VDR receptors (27).

See PDF for the remainder of the study

Printer Friendly PDF this page! Follow this page for updates
This page is in the following categories (# of items in each category)
Obesity 344 Youth 145 Infant-Child 588
Edit Comments Files 3