Allelic variants in vitamin D receptor gene are associated with adiposity measures in the central-European population.

Many diseases are strongly associated with Vitamin D Receptor

Items in both categories Obesity and Vitamin D Receptor are listed here: 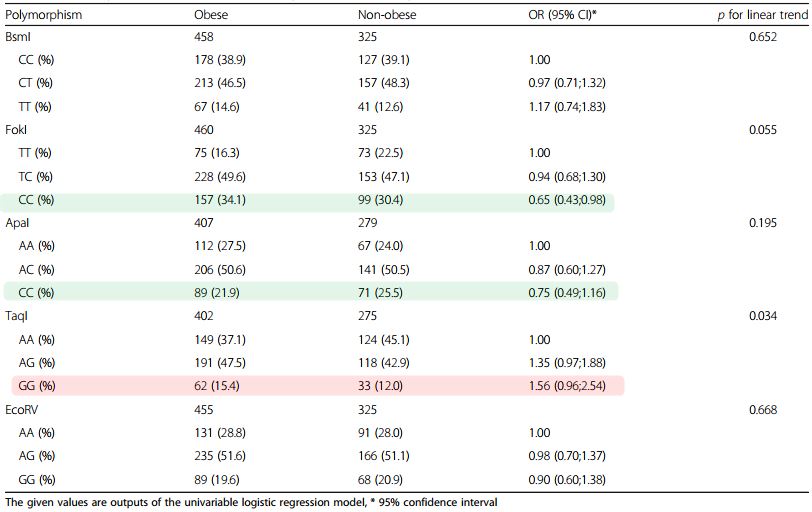 BACKGROUND:
There is an increasing body of evidence suggesting that vitamin D is involved in ethiopathogenesis of obesity and therefore the aim of the study was to investigate whether 5 selected SNPs in VDR (vitamin D receptor) gene are associated also with anthropometry in the obese and non-obese Central-European population.

CONCLUSION:
Our study suggests that genetic variability in the VDR region may be an important factor influencing anthropometric characteristics associated with obesity.

Obesity 1.5 X more likely if poor Vitamin D receptor – Dec 2017         Printer Friendly PDF this page! Follow this page for updates
This page is in the following categories (# of items in each category)
Obesity 388 Vitamin D Receptor 442

Less weight gain if add Vitamin D, even if have a high fat diet (in rats) – R...Obesity is associated with low Vitamin D (and treated by D as well) – Aug 2019Vitamin D Receptor