The month of birth effect in multiple sclerosis: systematic review, meta-analysis and effect of latitude

Background Month of birth has previously been described as a risk factor for multiple sclerosis (MS). This has been hypothesised to be related to maternal vitamin D levels during pregnancy, although conclusive evidence to support this is lacking. To date, no large studies of latitudinal variation in the month of birth effect have been performed to advance this hypothesis.

Conclusions Month of birth has a significant effect on subsequent MS risk. This is likely to be due to ultraviolet light exposure and maternal vitamin D levels, as demonstrated by the relationship between risk and latitude. 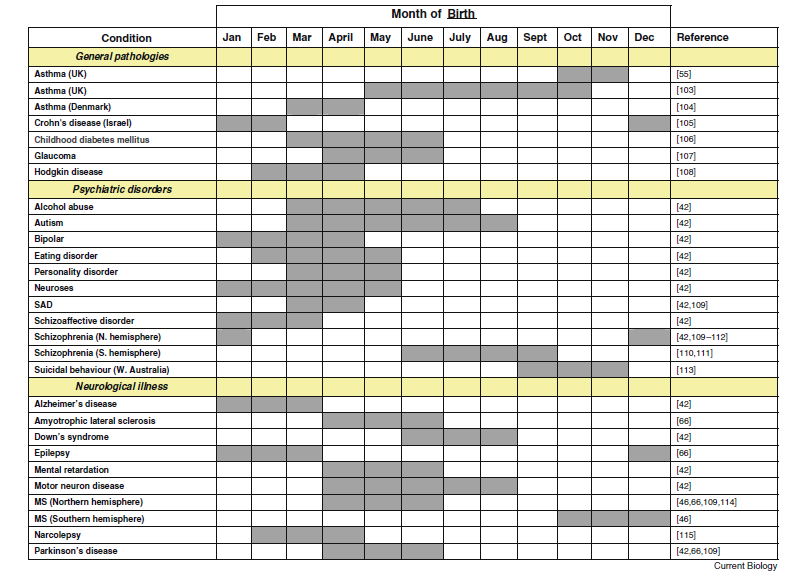 Multiple Sclerosis 23 percent more likely if born in April vs. Oct – meta-analysis Nov 2012         Printer Friendly Follow this page for updates
This page is in the following categories (# of items in each category)
Pregnancy 785 Multiple Sclerosis 337 Meta-analysis of Vitamin D 576 Season of Birth 25