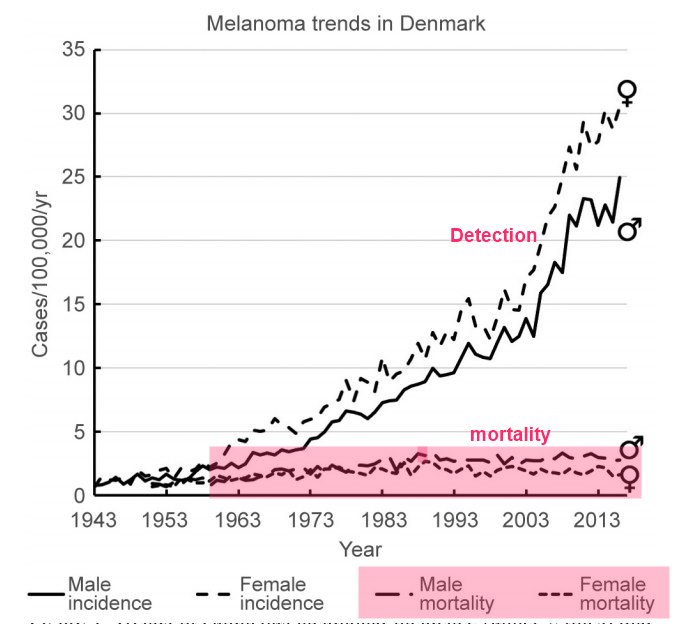 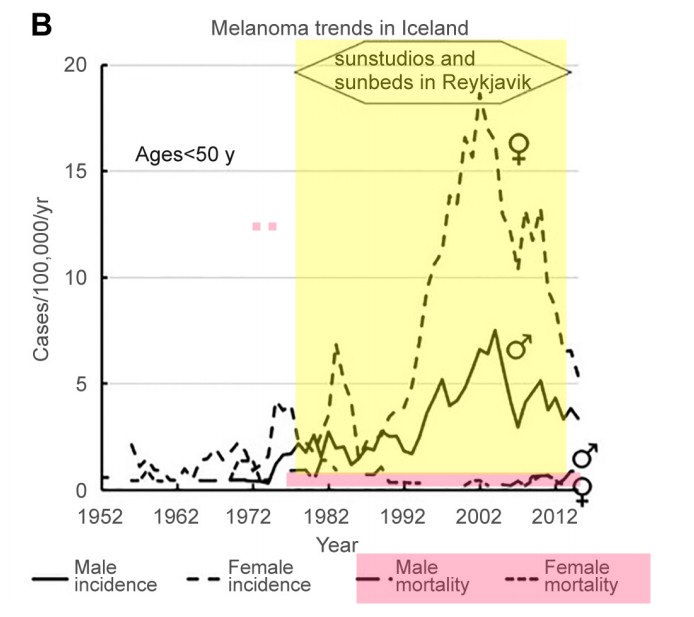 NOTE: Sunbeds are used infrequently
and have much higher raitio of UV/UVB than sunlight

Cutaneous melanoma incidence in European-origin populations has risen steeply, however, mortality has not, as 73 years of Danish cancer data strikingly show. It has been suggested that such divergent trends in the US are due to overdiagnosis from increasing diagnostic scrutiny and lowering diagnostic threshold. Alternatively, the increase in melanoma incidence may be largely due to increased sun exposure, which would imply that most of these new, sun-caused, melanomas are non-lethal. Consistent with this hypothesis, Icelandic data show an increase in melanoma incidence, predominantly in young women (<50 years), which paralleled increasing sunbed use that remitted after a campaign against sunbeds. Meanwhile, melanoma mortality in young people remained virtually zero. The increase in mortality was mainly in the elderly (>50 years) and dictated by year of birth. This transient excess of melanoma in young people is most likely attributable to skin burns from sunbeds which, like sunburns, carry a high risk of melanoma. High exposure ofnaevi to UV radiation can induce transient clinical and pathological features of melanoma, which might explain some of the apparent rise in incidence. Ways of distinguishing non-lethal from potentially lethal thin melanomas are sorely needed.
&nbspDownload the PDF from VitaminDWiki

People who get UVA daily rarely get melanoma

VitaminDWiki pages with MELANOMA in title (42 as of Oct 2022)