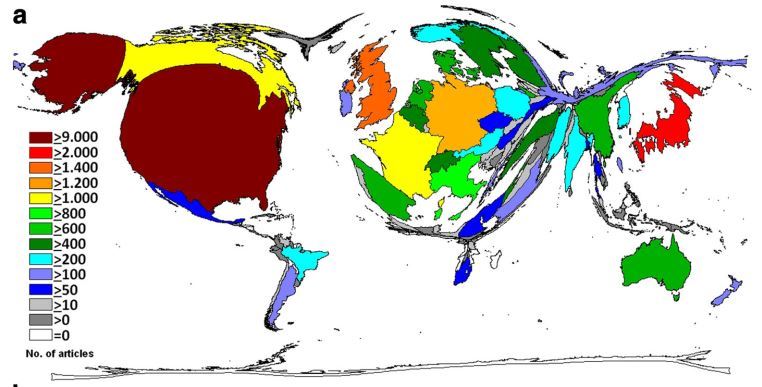 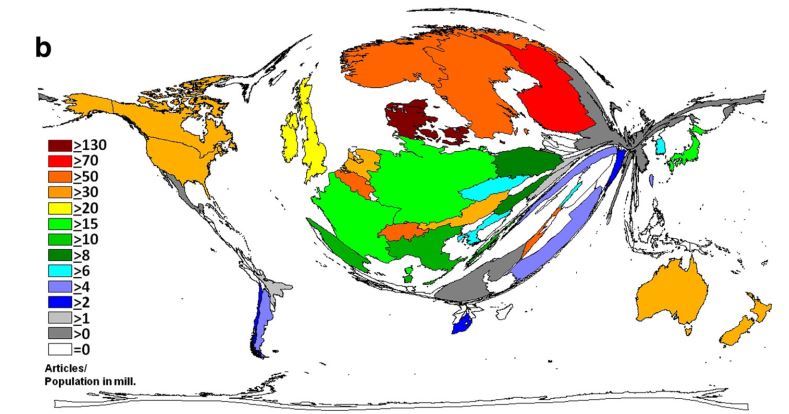 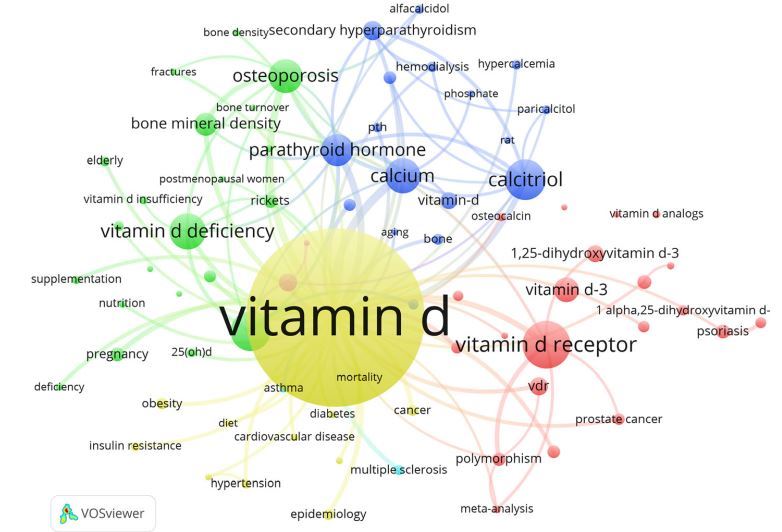 Background
Despite the numerous associations of vitamin D with health and disease, vitamin D deficiency is still common from a global perspective. While basic research, clinical and preventive activities grow constantly in vitamin D research, there is no in-depth analysis of the related global scientific productivity available so far.

Results
A total of 25,992 vitamin D-related research articles were identified between 1900 to 2014 with a significant increase (r2 = .6541) from 1900 to 2014. Authors located in Northern America – especially in the USA – distributed the majority of global vitamin D research, followed by their Western European counterparts. DEMP-analysis illustrates that Africa and South America exhibit only minor scientific productivity. Among high-income group countries, Scandinavian nations such as Denmark or Finland (2147.9 and 1607.7 vitamin D articles per GDP in 1000 billion USD) were highly active with regard to socioeconomic figures.

Conclusion
Networks dedicated to vitamin D research are present around the world. Overall, the Northern American and Western European nations occupy prominent positions. However, South American, African and Asian countries apart from Japan only play a minor role in the global research production related to vitamin D. Since vitamin D deficiency is currently increasing in the Americas, Europe and parts of the Middle East, research in these regions may need to be encouraged.

Maps of where Vitamin D studies are published and keywords used – Jan 2018         (Cached) Printer Friendly PDF this page! Follow this page for updates
This page is in the following categories (# of items in each category)
World 14 Vitamin D Receptor 438