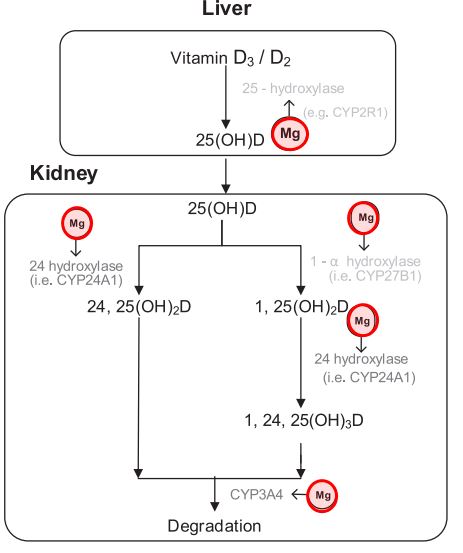 PDF shows
Virtually all participants had colon adenomas (and perhaps gut problems)
wonder if results also apply to people without adenomas
All participants has >700 mg to < 1200 mg of Calcium
Wonder if results apply to people not taking so much Calcium
Note: Calcium is known to decrease colon adenomas
Note: This is a strong interaction between Calcium and Magnesium
Vitamin D levels were changed by about only 3 ng
Note: From trial listing: Magnesium glycinate daily for 12 weeks 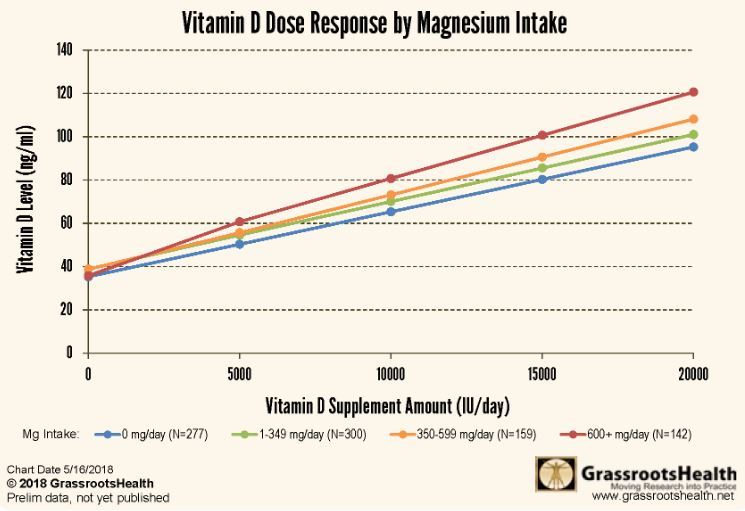 &nbspDownload the PDF from Sci-Hub via VitaminDWiki
Background
Previous in vitro and in vivo studies indicate that enzymes that synthesize and metabolize vitamin D are magnesium dependent. Recent observational studies found that magnesium intake significantly interacted with vitamin D in relation to vitamin D status and risk of mortality. According to NHANES, 79% of US adults do not meet their Recommended Dietary Allowance of magnesium.

Objectives
The aim of this study was to test the hypothesis that magnesium supplementation differentially affects vitamin D metabolism dependent on baseline 25-hydroxyvitamin D [25(OH)D] concentration.

Conclusion: Our findings suggest that optimal magnesium status may be important for optimizing 25(OH)D status.
This trial was registered at clinicaltrials.gov as NCT03265483

Magnesium supplementation raises Vitamin D if initially less than 30 ng – RCT Dec 2018         Printer Friendly PDF this page! Follow this page for updates
This page is in the following categories (# of items in each category)
Vitamin D and Magnesium 273