Response of Vitamin D after Magnesium Intervention in a Postmenopausal Population from the Province of Granada, Spain 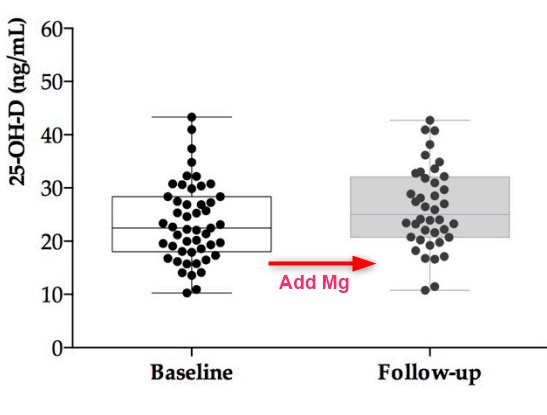 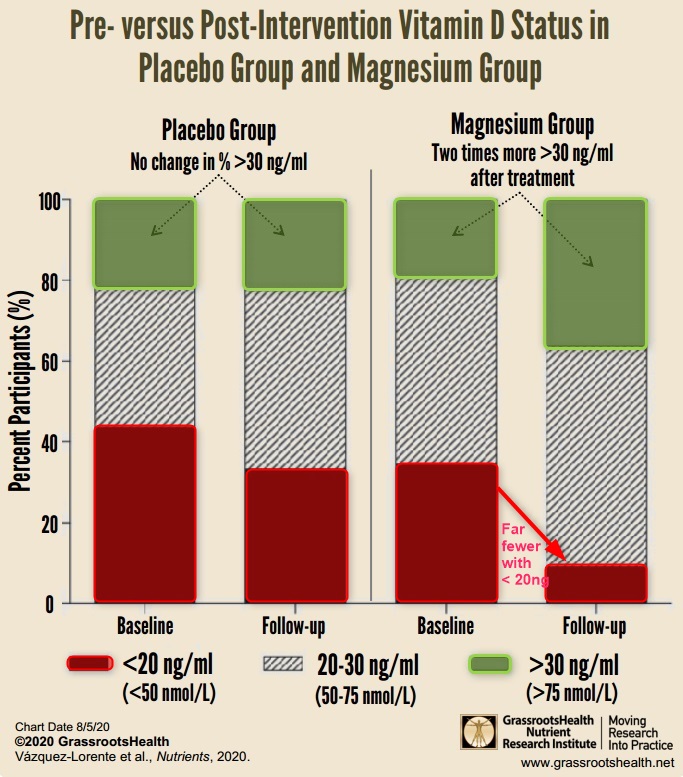 Menopause is a stage of hormonal imbalance in women which, in addition to other physiopathological consequences, poses a risk of deficiency of key micronutrients such as magnesium and vitamin D. A study was made of the influence of a magnesium intervention upon vitamin D status in a postmenopausal population from the province of Granada (Spain). Fifty-two healthy postmenopausal women between 44–76 years of age were included. Two randomized groups—placebo and magnesium (500 mg/day)—were treated during eight weeks. Nutrient intake was assessed using questionnaires based on 72-h recall. Vitamin D was analyzed by liquid chromatography—tandem mass spectrometry. Baseline vitamin D proved deficient in over 80% of the subjects. The administration of magnesium resulted in significantly increased vitamin D levels in the intervention group versus the controls (p < 0.05). Magnesium supplementation improved vitamin D status in the studied postmenopausal women.