Hypothesis: bags under eyes are due to lack of vitamin D and vitamin K- Dec 2011

The thin skin under the eyes allows fluid to build up and dark circles and puffy eyes to appear Photo: ALAMY 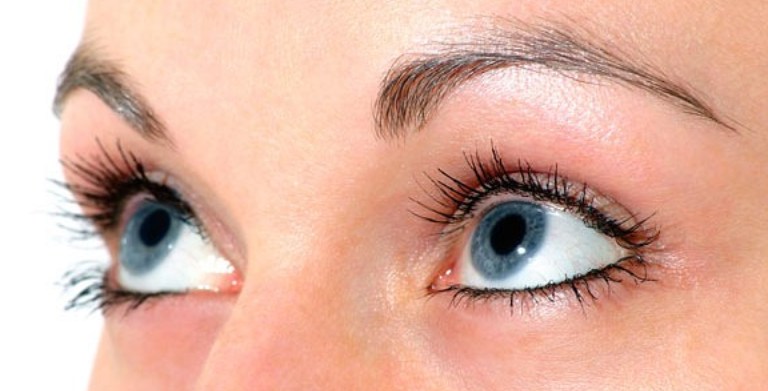 A team of beauty scientists studied the eyes of 5,000 women throughout the seasons and found bags under the eyes were significantly darker during the colder months.
They concluded the ageing process is caused by a lack of sunlight which brings paler skin and emphasises the bags.
This is made worse by a higher level of fatigue in the winter due to a lower level of Vitamin D, generated by the body in sunlight, and subsequently less serotonin, which is the body's 'feel good chemical'.
The conclusion was published in the wake of a clinical study by Adonia Organics during the product development stage of their Eye Therapy treatment cream.
Anti-ageing expert Dr Mark Binette said: ''More science is coming out linking the lack of Vitamin D and K as one of the causes that plagues us with dark circles and puffy eyes; especially as it relates to fatigue and immune related issues.
''Our research has shown that women are worried about the ageing effect of dark circles more so than wrinkles which are easier to tackle and overcome.
''Ten years ago women were searching for the next wrinkle attacking cream, it seems the market is more open now to alternative ageing signs such as dark circles.
''Lacking in Vitamins D and K has a considerable negative effect on the appearance of dark circles and puffy eyes and can age a woman by 4.7 years putting over ten per cent on a woman's age of 40.
It might not be wrinkles or grey hair that ages you most, but dark circles under your eyes.
Dark circles are one of the most common skin problems, and are often caused by tiny capillaries that leak blood beneath the surface of the skin.
As this blood starts to oxidize, it turns an ugly dark blue colour similar to a bruise.
The thin skin under the eyes allows fluid to build up and dark circles and puffy eyes to appear.
This becomes more obvious in winter as skin becomes more transparent due to lack of sun and tanning.
In the summer dark circles are easier to hide as people suffer less from fatigue and the skin is lightly tanned.
Additionally, during the summer, we experience higher serotonin levels, which raises our mood, when the skin is exposed to sunlight.
When sunlight is in short supply, our serotonin levels fall and we don't have so much energy or so many good feelings.
The Adonia study, carried out during clinical trials at AMA Laboratories in New York, found 82 per cent suffered from dark circles and puffy eyes in the winter as opposed to just 38 per cent in the summer.
The study was carried out among women aged 27 and 60 and the results were consistent across the board.
Researchers found women regain their youthful good looks in the summer once the cold, dark nights have eased.
Adonia claim the cream which was developed following the study reduces the appearance of dark circles up to 58 per cent when used for three weeks.
Furthermore, the test material increased the reduction of under eye dark circles by up to 87 per cent after eight weeks.
After eight weeks of use, the Adonia Eye Therapy reduced the appearance of under eye puffiness by up to 71 per cent.
Additional details on the clinical studies are available at: www.AdoniaEyeTherapy.com.
--

Hypothesis: bags under eyes are due to lack of vitamin D and vitamin K- Dec 2011         Printer Friendly PDF this page! Follow this page for updates
This page is in the following categories (# of items in each category)
More D topics 47 Vitamin D and Vitamin K 129

No longer easily bruised: due to vitamins, probably vitamin DVitaminDWiki News for Feb and March 2013