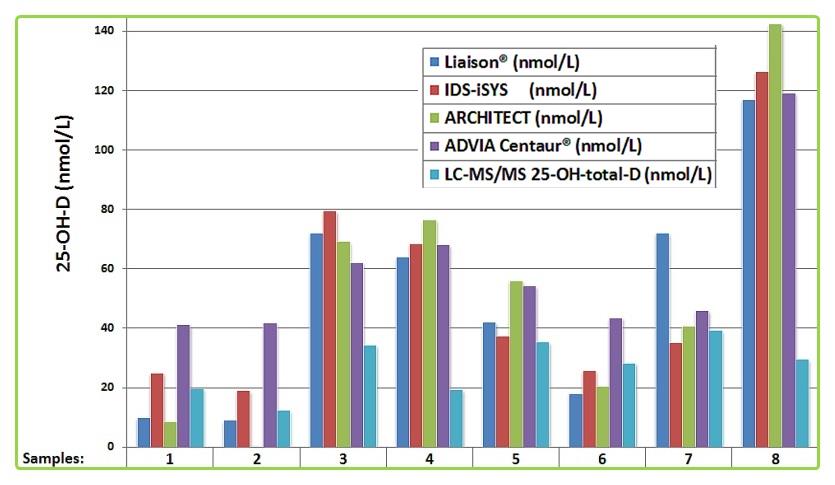 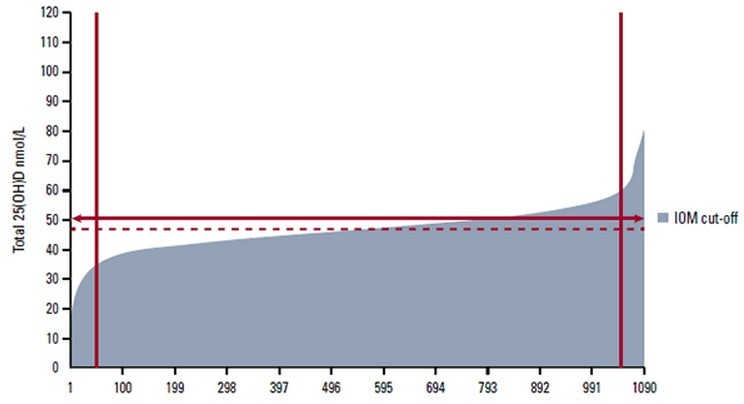 Conclusions: In conclusion, in routine clinical laboratory both immunoassays and LC-MS/MS are useful for measuring 25-OH-vitamin D provided that these methods are correctly standardized and especially sample pretreatment is carefully performed.