Pages listed in BOTH the categories Depression and Magnesium 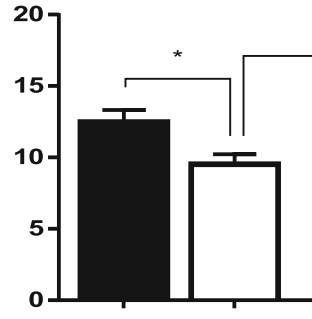 This study investigated the effects of vitamin D supplementation on Generalized Anxiety Disorder (GAD) clinical symptoms and neurochemical biomarkers including serotonin, neopterin and kynurenine. Thirty male and female patients diagnosed with GAD and had vitamin D deficiency were recruited from the psychiatric clinic at King Abdulaziz University Hospital and divided into two groups; one group of patients (n = 15) received standard of care (SOC) plus 50,000 IU vitamin D (once/week) for 3 months, while the other group (n = 15) received SOC alone. Biochemical parameters including serum vitamin D, serotonin, neopterin and kynurenine were measured for all patients enrolled in the trial. In addition, the Generalized Anxiety Disorder 7-item (GAD-7) scale was used to measure the severity of GAD symptoms in both vitamin D treated- and untreated-patients.
Significant improvements in GAD scores were observed in the vitamin D-treated group compared to the group that did not receive vitamin D. In addition, serum serotonin concentrations were significantly increased while serum neopterin were significantly decreased in vitamin D-treated vs. untreated patients. In contrast, no significant differences were found in serum kynurenine concentrations at the end of the study period between the two groups. No changes either in GAD-7 scores or in any of the biochemical measurements were observed in the group that received only SOC after 3 months.

Vitamin D supplementation was effective in ameliorating the severity of GAD symptoms by increasing serotonin concentrations and decreasing the levels of the inflammatory biomarker neopterin in GAD patients.