Items in both categories Sports and Cognitive are listed here:

Note: Big increase in concussions in children, youths, military and football players during the past 30 years was concurrent with the big decline in Vitamin D and Omega-3 index 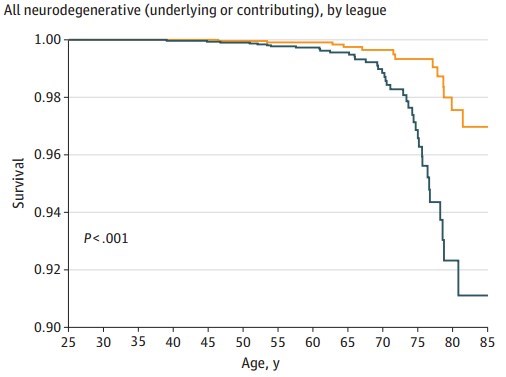 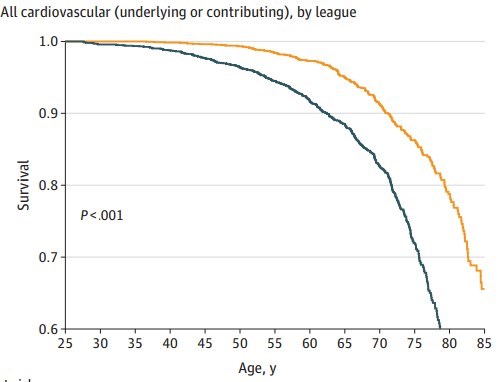 Objective To compare all-cause and cause-specific mortality between NFL and MLB players.

Design, Setting, and Participants In this retrospective cohort study, the setting was US mortality from January 1, 1979, through December 31, 2013. The dates of analysis were January 2016 to April 2019. Participants were 3419 NFL and 2708 MLB players with at least 5 playing seasons.

Exposures Participation in the NFL compared with the MLB.

Main Outcomes and Measures Vital status and causes of death from the National Death Index from 1979 through 2013 were obtained. Cox proportional hazards regression models using age as the timescale were used to calculate hazard ratios (HRs) and 95% CIs to examine all-cause and cause-specific mortality among NFL players compared with MLB players, adjusted for race and decade of birth.

Conclusions and Relevance This study found that NFL players had elevated all-cause, cardiovascular, and neurodegenerative mortality rates compared with MLB players, although the absolute number of excess neurodegenerative deaths was still small. Factors that vary across these sports (eg, body habitus and head trauma) as opposed to those common across sports (eg, physical activity) could underlie the differences.