Effects of vitamin D on patients with fibromyalgia syndrome:
A randomized placebo-controlled trial

The role of calcifediol in the perception of chronic pain is a widely discussed subject. Low serum levels of calcifediol are especially common in patients with severe pain and fibromyalgia syndrome (FMS). We lack evidence of the role of vitamin D supplementation in these patients. To our knowledge, no randomized controlled trial has been published on the subject. Thirty women with FMS according to the 1990 and 2010 American College of Rheumatology criteria, with serum calcifediol levels <32 ng/mL (80 nmol/L), were randomized to treatment group (TG) or control group (CG).
The goal was to achieve serum calcifediol levels between 32 and 48 ng/mL for 20 weeks via oral supplementation with cholecalciferol. The CG received placebo medication.
Re-evaluation was performed in both groups after a further 24 weeks without cholecalciferol supplementation. The main hypothesis was that high levels of serum calcifediol should result in a reduction of pain (visual analog scale score). Additional variables were evaluated using the Short Form Health Survey 36, the Hospital Anxiety and Depression Scale, the Fibromyalgia Impact Questionnaire, and the Somatization subscale of Symptom Checklist-90-Revised.
A marked reduction in pain was noted over the treatment period in TG: a 2 (groups) × 4 (time points) variance analysis showed a significant group effect in visual analog scale scores. This also was correlated with scores on the physical role functioning scale of the Short Form Health Survey 36. Optimization of calcifediol levels in FMS had a positive effect on the perception of pain. This economical therapy with a low side effect profile may well be considered in patients with FMS. However, further studies with larger patient numbers are needed to prove the hypothesis.

Images from web site of publisher. Apologize for fuzzy quality. The good images cost $35 and cannot be posted to the public

Update Oct 2017 &nbspDownload the PDF via [https://www.researchgate.net/home |ResearchGate] from VitaminDWiki 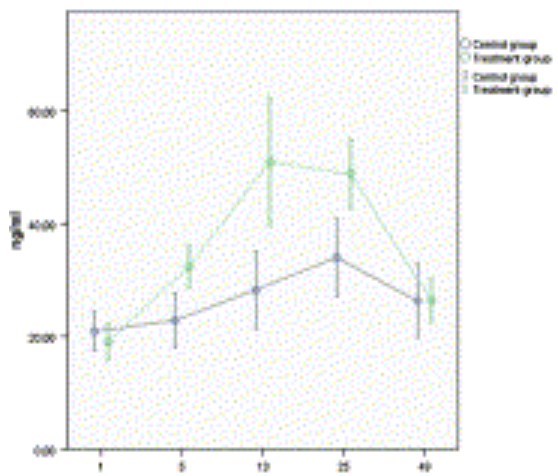 Mean serum calcifediol levels over time, including error bars with standard deviation.
Time points have been shifted to clarify the results (control group to the left, treatment group to the right). 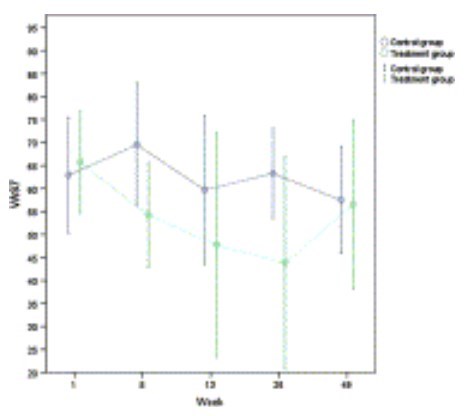 Mean score of the severity of pain during the preceding 7 days using a visual analog scale (VAS7), including error bars with standard deviation.
Time points have been shifted to clarify the results (control group to the left, treatment group to the right).

VitaminDWiki wonders why the pain increased at week 26 – while people were still getting vitamin D. The first chart hints that the researchers reduced the Vitamin D dose to keep < 48 ng. The abstract does not indicate what actually happened. 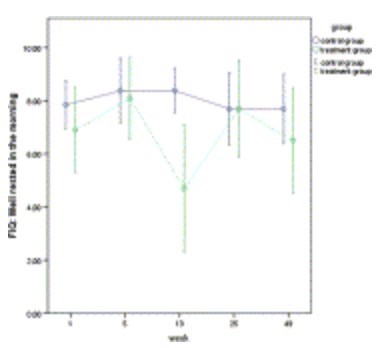 Mean FIQ–Morning fatigue, including error bars with standard deviation.
Time points have been shifted to clarify the results (control group to the left, treatment group to the right). FIQ = Fibromyalgia Impact Questionnaire.

Patients with fibromyalgia syndrome (FMS) typically have widespread chronic pain and fatigue. For those with low vitamin D levels, vitamin D supplements can reduce pain and may be a cost-effective alternative or adjunct to other treatment, say researchers in the current issue of PAIN®.

In addition to pain and fatigue, individuals diagnosed with FMS may experience sleep disorders, morning stiffness, poor concentration, and occasionally mild-to-severe mental symptoms such as anxiety or depression. The condition can have a significant impact on the patient's quality of life, resulting in loss of employment and/or withdrawal from social life. There is no cure, and no treatment will address all of the symptoms, but some symptoms may be alleviated by physical therapy, cognitive behavioral therapy, temporary drug therapy (such as amitriptyline, duloxetine, or pregabaline) and multimodal therapies.

Calcifediol (also known as calcidiol, 25-hydroxycholecalciferol, or 25-hydroxyvitamin D (OH)D) is a prehormone produced in the liver by the enzyme cholecalciferol (vitamin D3). Calcifediol is then converted to calcitriol (1,25-(OH)2D3), which is the active form of vitamin D. The concentration of calcifediol in blood is considered the best indicator of vitamin D status.

Researchers hypothesized that vitamin D supplementation would reduce the degree of chronic pain experienced by FMS patients with low levels of calcifediol and also might improve other symptoms. “Low blood levels of calcifediol are especially common in patients with severe pain and fibromyalgia. But although the role of calcifediol in the perception of chronic pain is a widely discussed subject, we lack clear evidence of the role of vitamin D supplementation in fibromyalgia patients,” says lead investigator Florian Wepner, MD, of the Department of Orthopaedic Pain Management, Spine Unit, Orthopaedic Hospital, Speising, Vienna, Austria. “We therefore set out to determine whether raising the calcifediol levels in these patients would alleviate pain and cause a general improvement in concomitant disorders.”

“We believe that the data presented in the present study are promising. FMS is a very extensive symptom complex that cannot be explained by a vitamin D deficiency alone. However, vitamin D supplementation may be regarded as a relatively safe and economical treatment for FMS patients and an extremely cost-effective alternative or adjunct to expensive pharmacological treatment as well as physical, behavioral, and multimodal therapies,” says Wepner. “Vitamin D levels should be monitored regularly in FMS patients, especially in the winter season, and raised appropriately.”

Items in both categories Chronic Pain and Intervention are listed here: