Objective: The recommended daily intakes of vitamin D according to the recent Clinical Practice Guideline (CPG) of the Endocrine Society are 3-to-5-fold higher than the Institute of Medicine (IOM) report. We speculated that these differences could be explained by different mathematical approaches to the vitamin D dose response.

The difference between the expected and observed 25OHD result was expressed as a percentage of observed, and analysed for significance against a value of 0% for the four groups. 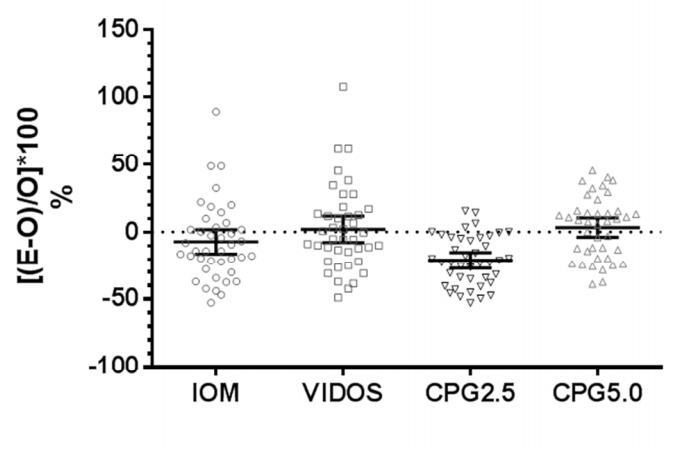 Endocrine Society Guideline should be raised to 2 ng per 100 IU of vitamin D – March 2013         Printer Friendly PDF this page! Follow this page for updates
This page is in the following categories (# of items in each category)
How much Vitamin D 338