Doctor got multiple sclerosis, rejected then embraced Coimbra protocol for herself and patients – Jan 2017

This is Karine Metzger, who was diagnosed with multiple sclerosis in 2011 and has been on the Coimbra Protocol for 5 years. Karine is from Germany but she has lived in Brazil for the past 12 years. Recently she posted a detailed testimonial in the German group, and we got permission to share it with you. 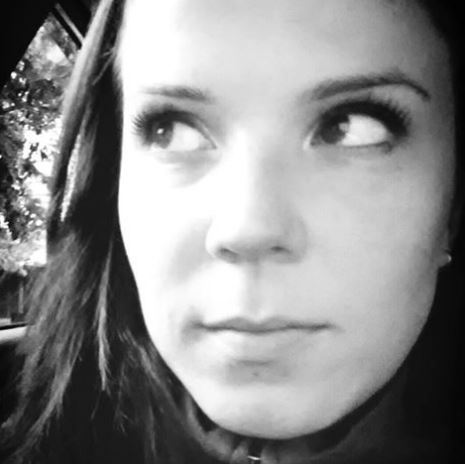 "In the middle of 2011 I started experiencing symptoms like numbness, dizziness, constant stumbling, my left leg felt terribly heavy. In addition, I began to have double vision. The problems with the eyes I found very intriguing, as it constantly improved and then got worse again. I went to see an ophthalmologist in August of 2011 and he told me I should urgently see a neurologist because my problem was not in the eye. I left the practice, crossed the street and went to an emergency room. In that hospital I had a series of tests including MRIs and a spinal tap, and I soon got the diagnosis: MS. I had 4 large lesions in the brain and 3 in the spinal cord. The doctor was very attentive and positive and explained to me in detail about the treatment.

During this process, I was having difficulty with my cello lessons. My cello teacher learned about my diagnosis and in that same evening she sent me the (great) video of Daniel Cunha, talking about Dr. Cicero Coimbra's treatment. I was thrilled because everything sounded so logical. Everything made so much sense and the more I researched it in the Internet, the more certain I became that the vitamin D treatment is the best solution. I talked about the protocol with my husband. Of course, I still had many doubts because conventional doctors were against it. "Charlatanism," "Money," "Absurd Promises" ... Unsure whether I should really dare, I asked a good friend for his opinion. His answer was the key to me. He said: "You know, there are doctors who take care of your illness, and there are some who care about your life ". In the morning I was clear on what I wanted to do. Enough of syringes, interferons, endless side effects. I'm flying to São Paulo!

In October 2011 I started to take 10,000 IU of vitamin D a day and finally got an appointment for February 2012. In São Paulo, Dr. Danilo Finamor (one of the first three doctors to prescribe the Coimbra Protocol) made me realize how many symptoms I had had long before my diagnosis. I realized that I had had a few relapses throughout the years, but never understood what was happening to me. I had suffered from depression. I often stumbled, sprained my ankle. I had extreme sluggishness and fatigue, and partial numbness throughout my body. I never took those symptoms seriously because they came and then disappeared again.

Since February 2012 I have been following the Coimbra Protocol. I started with 50,000 IU a day. The most difficult thing for me was the diet, but I am lucky to live in Brazil where it is very easy to do without dairy products. Right at the beginning I found a group of patients on FB who also follow the protocol. I wrote to the people who live in my city/region and met them personally. Now we meet once a year to exchange experiences.

It is expensive to fly from my city, Porto Alegre, to São Paulo, so I was very happy when at our meeting in 2013 I was introduced to a new protocol doctor, from my state. Dr. Maira also has MS. She suffered from symptoms for years, and could not work anymore. At first she was against the protocol and even criticized Dr. Cicero, until she decided to meet him in person. After the meeting, she has stopped all her medication, started the protocol and she is better than ever. She can work again. Since being on the protocol she gave birth to two healthy children. She now treats countless patients with autoimmune diseases. One of them, Marcia, cannot be recognized. After 5 years in a wheelchair, she can finally walk again. And I did not "hear" this, I've seen it! The doctors had given up on her, she could no longer speak properly and no longer walk. Today she only needs a crutch.

So I started to let myself be treated by Dr Maira. Today I take 40,000 IU daily, 2000 mg DHA Omega 3 and a capsule containing a mixture of other things to support the Vitamin D therapy. (Folic acid, zinc, B12, etc.) Dr. Maira has accompanied me through two pregnancies and is the best example of how this treatment changed lives. It's sensible. It's Healthy. And the only option WITHOUT side effects.

Of course, I have to do regular tests to check my kidneys. Calcium is the major concern. Apart from that, I was never fitter. With two small kids and two jobs ... I do functional training twice a week and have had ZERO symptoms for 5 years. There is a small problem in my left leg, when I'm very exhausted, I still limp. This will probably remain so, since it's an old damage. Otherwise, I do not understand why some people still hesitate. =) "

Doctor got multiple sclerosis, rejected then embraced Coimbra protocol for herself and patients – Jan 2017         (Cached) Printer Friendly Follow this page for updates
This page is in the following categories (# of items in each category)
Multiple Sclerosis 337