Methods and results 25-Hydroxyvitamin D [25(OH)D] levels were evaluated in HF patients from a health maintenance organization (HMO), and compared them with those of the rest of the members of the HMO.

Conclusions Vitamin D deficiency is highly prevalent in HF patients and is a significant predictor of reduced survival. Vitamin D supplementation was associated with improved outcome. 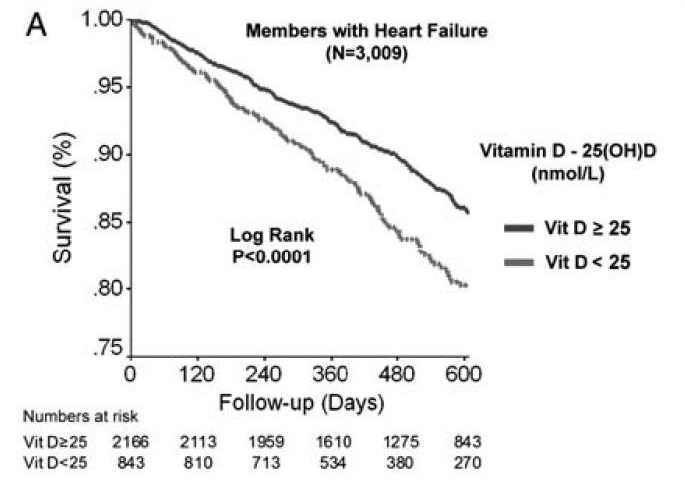 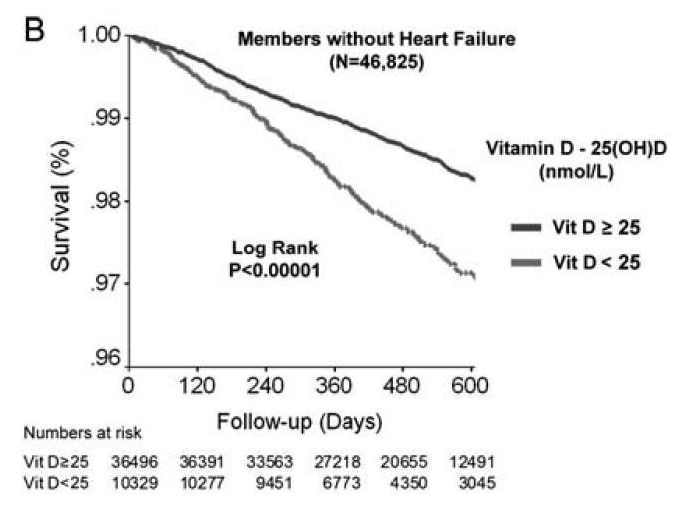 Death in less than 2 years of Heart Failure associated with low vitamin D - April 2012         Printer Friendly PDF this page! Follow this page for updates
This page is in the following categories (# of items in each category)
Cardiovascular 460 Mortality and D 279