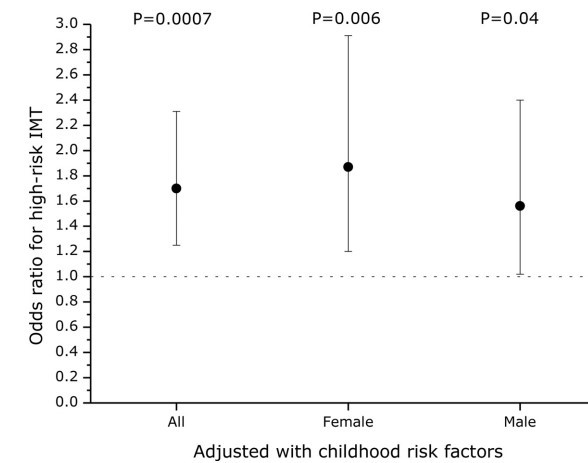 Context:
Low vitamin D levels in adulthood have been associated with cardiovascular disease.

Design, Setting, and Participants:
The analyses included 2148 subjects from the Cardiovascular Risk in Young Finns Study, aged 3–18 years at baseline (in 1980). Subjects were re-examined at age 30–45 years (in 2007). Childhood levels of 25-hydroxy-vitamin D were measured from stored serum in 2010.

Main Outcome Measure:
The carotid artery IMT from 2007 was used.

Interesting: An 8 year delay from measurement time till publication

Printer Friendly PDF this page! Follow this page for updates
This page is in the following categories (# of items in each category)
Cardiovascular 422 Youth 145
Edit Comments Files 2