Is there a window of opportunity for the therapeutic use of vitamin D in multiple sclerosis?

EAE in Mice is similar to MS in humans 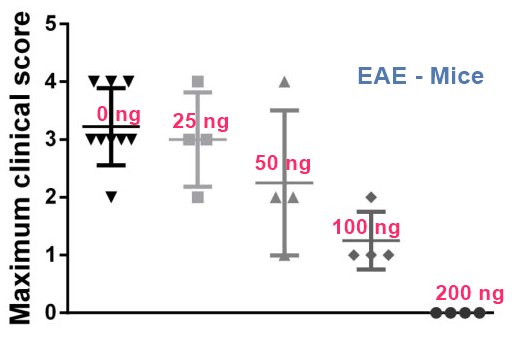 Multiple sclerosis is an autoimmune treatable but not curable disease. There are a multiplicity of medications for multiple sclerosis therapy, including a class entitled disease-modifying drugs that are mainly indicated to reduce the number and severity of disease relapses. Not all patients respond well to these therapies, and minor to severe adverse effects have been reported. Vitamin D, called sunshine vitamin, is being studied as a possible light at the end of the tunnel. In this review, we recapitulated the similar immunopathogenesis of multiple sclerosis and experimental autoimmune encephalomyelitis, the immunomodulatory and neuroprotective potential of vitamin D and the state-of-art concerning its supplementation to multiple sclerosis patients. Finally, based on our and other groups' experimental findings, we analyzed the need to consider the relevance of the route and the different time-point administration aspects for a more rational indication of this vitamin to multiple sclerosis patients.
&nbspDownload the PDF from VitaminDWiki

VitaminDWiki - Is 50 ng of vitamin D too high, just right, or not enough has the following

Items found: 64
An opportunity - use Vitamin D to treat Multiple Sclerosis (has been used for 14 years) - Feb 2022         Printer Friendly PDF this page! Follow this page for updates
This page is in the following categories (# of items in each category)
Multiple Sclerosis 381

Multiple Sclerosis 32 percent less likely among those with more than 32 ng of...