OBJECTIVE: To determine whether PLE patients are vitamin D deficient and to study how photohardening with 311 nm UVB affects the vitamin D status of PLE patients.

UV lamp had higher ratio of UVB/UVA than most tanning beds
Vertical axis = Impact of PLE on quality of life: Quality of Life improved by 10X. PLE Impact dropping from 15.5 down to 1.5
Horizontal Axis = before treatment, immediately after UV treatment, 2 months later (people could continue with the UV treatments) 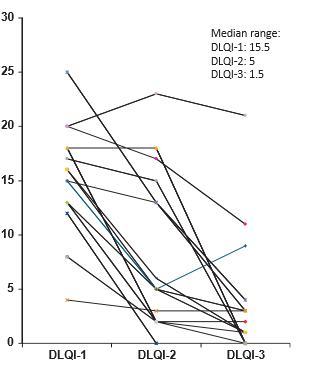 http://mysunallergy.com/ compares many ways that a person used to reduce PLE

Allergic to the sun (Polymorphic light eruption) – you may need UVB or vitamin D         Printer Friendly PDF this page! Follow this page for updates
This page is in the following categories (# of items in each category)
Noontime sun and D 310 Top news 885