BACKGROUND: Anemia and vitamin D deficiency are both important health issues; however, the nature of the association between vitamin D and either hemoglobin or anemia remains unresolved in the general population.

METHODS: Data on 11,206 adults were obtained from the fifth Korean National Health and Nutritional Examination Survey. A generalized additive model was used to examine the threshold level for relationship between serum 25-hydroxyvitamin D [25(OH)D] and hemoglobin levels. A multivariate logistic regression for anemia was conducted according to 25(OH)D quintiles. All analyses were stratified according to sex and menstrual status.

CONCLUSIONS: This population-based study demonstrated a non-linear relationship with a threshold effect between serum 25(OH)D and hemoglobin levels in females. Further interventional studies are warranted to determine whether the appropriate level of hemoglobin can be achieved by the correction of vitamin D deficiency. 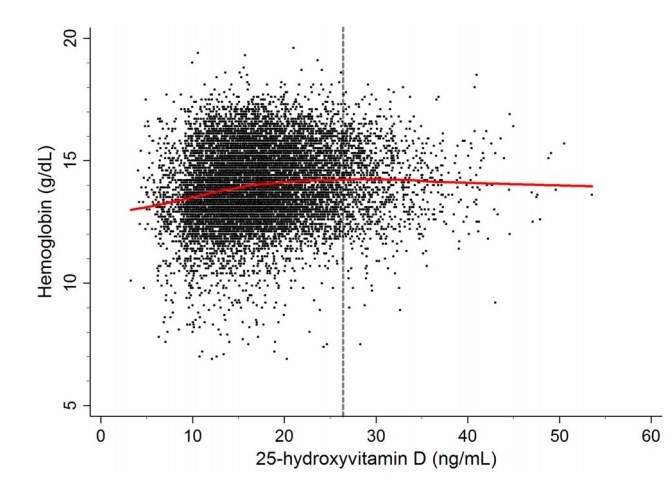 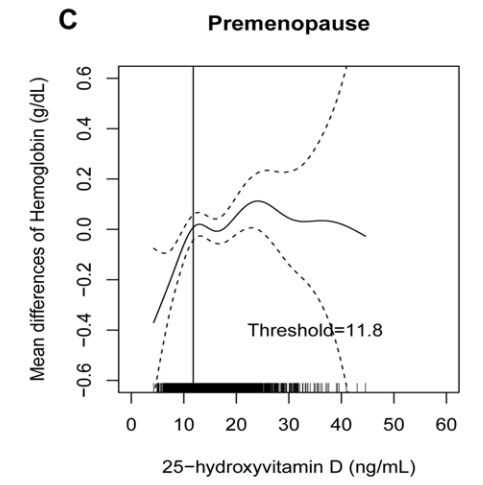 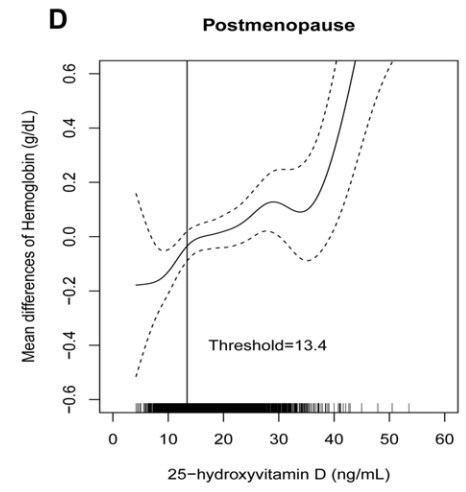 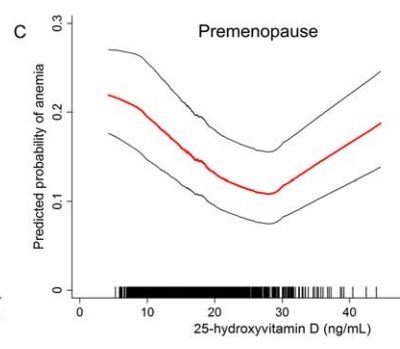 Items in both categories Iron and Infant-Child are listed here

Items in both categories Iron and Women are listed here

2X increased chance of anemia (low iron) associated with low vitamin D – Sept 2013         Printer Friendly PDF this page! Follow this page for updates
This page is in the following categories (# of items in each category)
Top news 884 Women 165 Vitamin D and Iron 64