Items in both categories Pregnancy and Antibiotics are listed here: 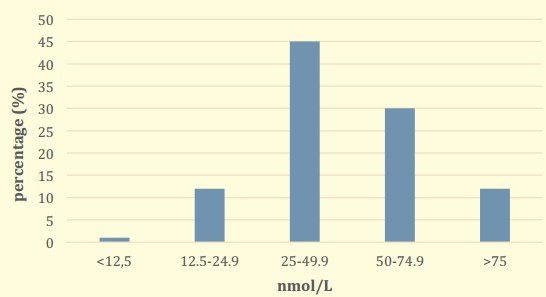 The proportion of pregnant women who are overweight or obese is increasing in most parts of the world. Increased maternal body mass index (BMI) is associated with maternal and infant morbidity. The association between overweight / obesity and postpartum infections is incompletely understood. Vitamin D deficiency has in epidemiological studies been shown to increase the risk of various infections. Furthermore, vitamin D is an important factor in the human immune system. Concomitantly, vitamin D supplementation seems protective against some types of infections. Whether vitamin D deficiency is a risk factor for postpartum infections has not been studied.

Material and Methods: In a population-based observational study using questionnaires, the prevalences of postpartum wound infections, endometritis, urinary tract infections and mastitis in the southeast region of Sweden were estimated (Paper I). All women giving birth in the region during one year (n=11 124) were asked to participate. Papers II and III were cohort studies based on all deliveries in Sweden during eight years (2005-2012). Data sources were the Swedish Medical Birth Register, the Swedish National Patient Register and the Swedish Prescribed Drugs Register. In paper II all term deliveries were included (n=795 072). Risk factors for postpartum wound infections, endometritis and urinary tract infection were evaluated. Paper III included all deliveries (n=841 780) and examined the impact of BMI on the risk of postpartum wound infections, endometritis and breast abscess after different modes of delivery. Infections were defined as the presence of applicable ICD-10 codes. The Mantel-Haenszel technique was used to calculate adjusted odds ratios. In paper IV the association between vitamin D deficiency and overall postpartum infectious morbidity was analyzed. Serum samples from the Pregnancy Biobank in Linköping, drawn at the time of delivery, were used to determine concentrations of 25-hydroxyvitamin D in 1397 women. ICD-10 codes were extracted from the women’s medical records. The prevalence of vitamin D deficiency was calculated and adjusted odds ratios for postpartum infections were estimated with multivariable logistic regression analysis.

Vitamin D deficiency was common among Swedish pregnant women, but it was not found to be associated with postpartum infections.

10 percent of all women had after-birth infections – majority had low vitamin D (PhD) – 2019         Printer Friendly PDF this page! Follow this page for updates
This page is in the following categories (# of items in each category)
Pregnancy 820 Antibiotics, probiotics 84